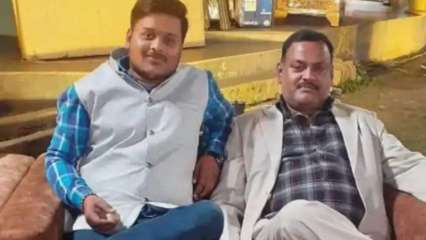 Vikas Dubey, the noted UP gangster, had possibly surrendered to the Madhya Pradesh Police instead of being an arrest, according to Zee News reporters Jitender Sharma and Vishal Pandey.The journalists claim that Dubey willfully handed himself over to the police. Therefore, it is important to look at the sequence of events that took place leading up to his arrest.

After being on the run since July 3, 2020, after the ambush on the Uttar Pradesh Police which lead to the killing of eight police officers, he was last seen in  Haryana’s Faridabad on July 7 night. According to the journalists, Dubey has insiders in Uttar Pradesh Police force, administration and even political parties who alerted him about the strategies implemented by the police.

Vikas Dubey’s move from Kanpur’s Bikru village to Delhi-NCR and then Ujjain, reveals his likely well-planned strategy to surrender.

Apparently, Dubey was seen at the Mahakaal Temple in Ujjain where he identified himself to a security guard who then called the police.

Dubey was suspected to be hiding in either Delhi or the nearby NCR cities of Noida, Gurugram or Faridabad. But, Ujjain is more than 770 kilometres from Faridabad and it takes over 14 hours to travel by road, which raises questions on how he managed to travel such a great distance amidst the massive manhunt which includes police forces of Uttar Pradesh, Madhya Pradesh, Haryana, Rajasthan and Delhi hot on his heels.

The Ujjain Police has taken Dubey to an undisclosed location, the sources added.

Vikas Dubey is the main accused in the encounter that took place in Kanpur last week, in which a group of assailants opened fire on a police team, which had gone to arrest him.

Earlier on Thursday, two close aides of the gangster were killed by the UP Police in separate encounters.

Prabhat Mishra was killed by Uttar Pradesh police in an encounter near Kanpur, while another associate, identified as Ranbir alias Babban Shukla was shot dead in an encounter on Thursday morning. He had a reward of Rs 50,000 on his head.

On Wednesday, another close aide of history-sheeter Vikas Dubey, identified as Mar Duby was killed in an encounter with Uttar Pradesh Special Task Force (STF) in Hamirpur.

One of the three cubs born to a Royal Bengal tigress...
Read more
English