China rakes up fresh controversy, says it does not recognise “illegal” UT Ladakh 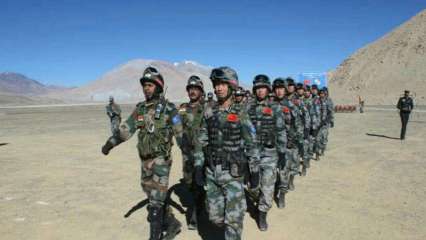 Amid heightened tensions between India and China along the LAC, a provocative remark was made by the Chinese about the Indian Union Territory of Ladakh on Tuesday.

Chinese Foreign Ministry Spokesperson Wang Wenbin while speaking to the Global Times, a mouthpiece of the administration in Beijing, stated that China doesn’t recognize the Union Territory of Ladakh “illegally established by India”.

Wenbin also said that China was opposed to any infrastructural development in “disputed border areas” for military purposes.

In view of India fast-tracking construction of roads along the border, Wenbin said, “China does not recognize the so-called Union Territory of Ladakh illegally established by India, and opposes infrastructure construction in disputed border areas for military control purposes.”

The Chinese Foreign Ministry spokesperson further added: “According to the recent consensus reached between China and India, neither side should take any actions in border areas that would complicate the situation, so as not to affect the efforts of both sides to ease the situation.”

Earlier, the IAF chief RKS Bhadauria said at the moment “no war, no peace” status was holding along the Line of Actual Control (LAC) despite concerted efforts to end the ongoing standoff at several friction points in eastern Ladakh.

The Air Chief Marshal, however, added that the armed forces are prepared for any eventuality and that the Air Force particularly is resolved to counter “any misadventure”. “Airpower will be a crucial enabler in our victory in any future conflict”.

The Air Chief also made it clear that the induction of the Rafale fighter jets along with Chinook, Apaches and other aircraft fleet has bolstered the tactical capabilities of the Indian Air Force.

“Present security scenario along our northern frontiers is at an uneasy — no war, no peace status… The recent induction of Rafales along with other aircraft has provided the IAF with substantial practical and strategic capability enhancement,” Air Chief Marshal Bhadauria said.

Meanwhile, the Indian Army is preparing itself for a long standoff with the PLA in Ladakh this winter. The Army has rushed tanks, heavy weaponry, ammunition, fuel, food and essential winter supplies to high-altitude areas in the eastern part of the region.

According to military sources, the aim is to prepare the force and ensure its combat readiness through the treacherous winter which lasts for some months in Ladakh. The operation is being considered as one of the biggest military logistics in decades.