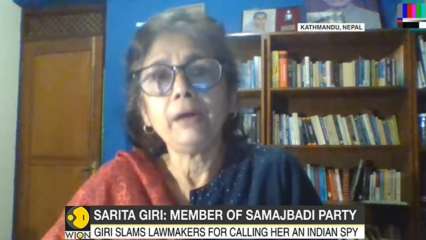 Nepalese lawmaker Sarita Giri, who was suspended on Tuesday for opposing the constitutional amendment to revise the country’s map to include Indian territories, said she had only asked to see the evidence on the basis of which the claim was being made for the new map.

Sarita Giri was sacked by Nepal’s Janata Samajbadi Party (JSP) for breaching the party whip to withdraw her opposition to the Nepal government’s second amendment to the Constitution which sought to update the national emblem with a new map.

Nepal’s Parliament had in June unanimously voted to amend the Constitution to update the country’s new political map featuring Lipulekh, Kalapani and Limpiyadhura.

Speaking to WION in an exclusive interview, Giri said she has not received any written communication about her suspension and only heard it from the media.

“I am not yet clear why I have been suspended. I am just getting to hear it from the media. It is very difficult to assert the reason,” she said when asked about the reason for her suspension.

She, however, added that it looked to her that the suspension was due to the map issue.

“All this conflict has flared up after the position I took up in the parliament regarding the new map of Nepal. My position was that the government must make it clear on the basis of which agreements and proof the new map was made. That was my question and I was not getting the answer from anyone. I also requested from my party leader that they should seek evidence from the government,” she said.

These comments were not take in good spirit and tension was rising, she said.

Giri added that her suspension is not yet effective as the leaders of the party have to write to the Speaker of the Parliament.

“This decision is not correct as per the law of the country. I am also going to challenge this decision in the court,” she said.

Giri had spoken against the amendment and had defied the party line to register a separate amendment proposal at the Parliament Secretariat. She had sought to retain the old map, arguing that there was no clear evidence to claim Lipmiyadhura, Lipu Lekh and Kalapani as Nepali territories.

She had refused to take back her amendment proposal despite a warning from the Samajbadi Party. 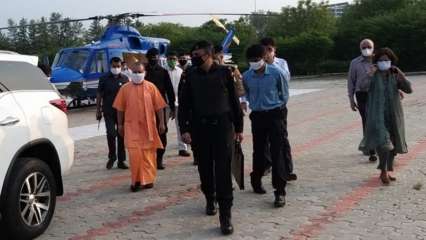