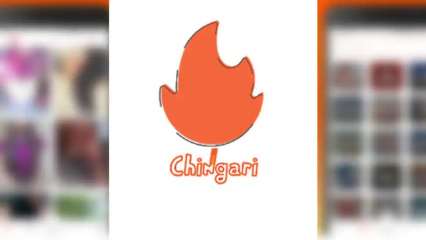 The creators who were previously sharing their content on Tik Tok are now joining the Indian app.

“Our retention numbers and the app’s daily engagement time are also witnessing a solid increase. Our team is working round the clock to provide all our customers with a seamless experience,”Biswatma Nayak, Co-founder told a news agency.

Nayak also urged former TikTok users to try ‘Chingari’ as it is ‘Made In India’ app.

Among the banned apps, TikTok has over 200 million users in India, as it had become especially popular in suburban India launching several people into overnight online fame. They had even carefully curated a community surrounding it and catered to demands relating to personalities.

These apps are “prejudicial to sovereignty and integrity of India, defence of India, the security of the state and public order,” the government said in its order.

The move to ban the apps with Chinese links comes in the backdrop of a violent face-off between Indian and Chinese troops near the Line of Actual Control (LAC) in Ladakh’s Galwan valley weeks ago, which resulted in the deaths of 20 Indian soldiers and reported casualties among.43 Chinese soldiers.

India has welcomed the deal between Israel and UAE on the...
Read more
English

On this day in 1990, Sanchin Tendulkar scored his maiden international century for India

On this day in 1990, the 17-year-old batsman Sachin Tendulkar scored...
Read more
English

These States of India are best in terms of living