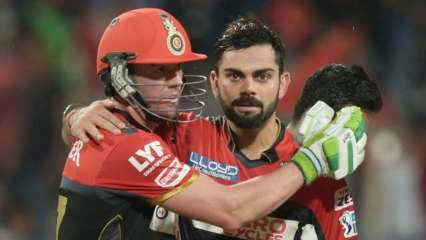 However, Gautam Gambhir, the two-time winning skipper of the Kolkata Knight Riders, has raised some question marks on Virat Kohli. Gambhir said, “The first thing is that Virat Kohli is the one who has been captaining RCB since 2016. So if the balance was not there earlier, then Virat Kohli should have got more involved,” Gambhir questioned.

The Chinnaswamy stadium in Bangalore has been known for it’s small boundaries and flat wickets. It is a place where bowlers have struggled and batsmen have made merry. Gambhir has said Royal Challengers Bangalore have a chance in IPL 2020 because they do not have to bowl on the flat wickets and small boundaries in Bangalore. “One thing that you will see a little different is that the bowlers will be happy because they will not have to play 7 matches at the Chinnaswamy Stadium. You will be playing in Dubai and Abu Dhabi which probably have bigger grounds, wickets are not as flat as Chinnaswamy. It is always difficult to judge the bowlers from Chinnaswamy’s point of view. India’s smallest ground and the flattest wicket is in Chinnaswamy, so bowlers will be happier and you might see a better performance from bowlers like Umesh Yadav and Navdeep Saini,” Gambhir said.

Royal Challengers Bangalore’s side, at least on paper, have addressed some issues with the batting composition and bowling. They have Aaron Finch and Parthiv Patel at the top while Virat Kohli and AB de Villiers are in the middle order. They can include the likes of Chris Morris or Moeen Ali as the finisher along with Shivam Dube while their bowling has good spin depth in Washington Sundar, followed by Yuzvendra Chahal and potentially Adam Zampa.

Gambhir believes Morris could be the X-factor for Royal Challengers Bangalore. “Chris Morris provides balance to the RCB squad, a quality all-rounder although he has not played much cricket. He can be a finisher as a batsman and can also give you 4 overs and bowl at the death,” Gambhir said.

There are many former couples in the entertainment industry who have...
Read more
English

Many people do not check whether the LPG cylinder subsidy money...
Read more
English

There are many former couples in the entertainment industry who have...
Read more

Many people do not check whether the LPG cylinder subsidy money...
Read more
Load more

There are many former couples in the entertainment industry who have...
Read more